Stop fear ruling our lives, let’s be open for new futures to emerge 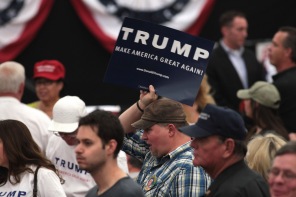 Recently  I read an interesting article on The Guardian website, by Thomas Frank, giving an explanation why ‘Millions of ordinary Americans support Donald Trump’. In this article the author makes you realise that we might be a bit short sighted when criticising or judging the millions who support Trump, who makes overtly racist statements. You might not, for example, have seen that the main reason for their support is rather legitimate, considering that they hope that Trump will finally provide an answer to their greatest concern: “good jobs/the economy”.

The quotes from Karen Nussbaum and Tom Lewandowski made me realise how easy it is to judge others without taking the time to really understand their current situation and their fears for the future.

I was struck by our selective listening skills and how easily we miss what other people are hearing. It is difficult to understand something appeals to some people while you are disgusted by it. We seldom take the time to put ourselves in someone else’s shoes and really try grasp their concerns, their interests, their point of view, especially if it is very different from yours.

“People are much more frightened than they are bigoted”. The survey “confirmed what we heard all the time: people are fed up, people are hurting, they are very distressed about the fact that their kids don’t have a future” and that “there still hasn’t been a recovery from the recession, that every family still suffers from it in one way or another.”

The explanation is from Karen Nussbaum, the executive director of Working America, during an interview with Thomas Frank discussing the results of a study of interviews with some 1,600 white working-class voters in the suburbs of Cleveland and Pittsburgh in December and January.

“These people aren’t racist, not any more than anybody else is,” 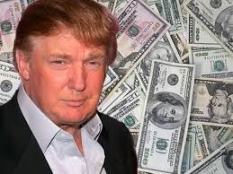 I was especially shaken by the force of fear, which seems to have power over most of us. First there is the fear from the supporters of Donald Trump expressed in Karen Nussbaum’s quote. And then, above it all, there is the fear to accept the ‘obviously reality’ as Thomas Frank puts it in his concluding remarks to face the fact ‘that neoliberalism has well and truly failed’, and that we will have to let go what we know and open up for a future we don’t know:

Yet still we cannot bring ourselves to look the thing in the eyes. We cannot admit that we liberals bear some of the blame for its emergence, for the frustration of the working-class millions, for their blighted cities and their downward spiraling lives. So much easier to scold them for their twisted racist souls, to close our eyes to the obvious reality of which Trumpism is just a crude and ugly expression: that neoliberalism has well and truly failed.

Maybe, while we’re criticising those Trump supporters, we need to take some time to understand their fears. And our own.

« Malaysia visa run
The difference between expats and digital nomads »