Home › Life's passions › Do you even need a home?

Do you even need a home? 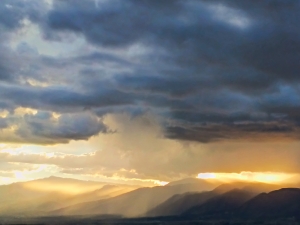 It’s been a strange couple of weeks for me. I’ve been in four very different countries over the past four weeks. That’s not really strange. What is strange is how familiar they all felt. How much I felt at home in those places, while none of them are home to me. So now I wonder if you even need a home.

We got back to Cochabamba (in Bolivia) after our trip to Argentina and Uruguay, and to Marlies and Abad’s house. It was so nice to be welcomed by the dogs. Even the cats seemed happy to see us. It was great to see that view from our room too, those stunning mountains, and to get back to the rest of our clothes that we’d left behind with our backpacks.

It wasn’t long before I was travelling to Scotland for work. But first a quick stop in Amsterdam. I was tired and loaded with the flu, but I know the city so well after having lived there for so long, that I can almost find my way around blindfolded.

Then, even though I haven’t lived there for 18 years, Scotland is still very familiar. I took the new tram from Edinburgh airport into town. That was different, but the city centre hasn’t really changed significantly for a couple of hundred years, so I didn’t have to worry about getting off at the right stop or where I had to go next.

Everything was pretty much the same as I’d left on the west of the country too. Of course, shop names change and I might not know where the latest, trendiest pub is these days, but that probably wouldn’t be my kind of place anyway.

Linwood, where most of my family still live, had changed in a big way. But even there, the chemist shop I used to work in looks much the same, only 30 metres nearer the main road, and the new community hall has the same name as the old one (which was a little confusing because I was looking for the old one, couldn’t they have at least called it the New Tweedie Hall?). 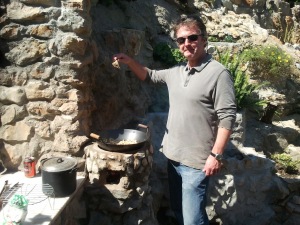 At home in Cascais

Next was Portugal, to see my good friends in Cascais. I’ve visited them a lot over the years, especially the last few when we travelled through Lisbon to get to Cabo Verde. I really feel like part of the family here. I don’t get any special treatment; nobody’s going to serve me dinner at the table, and I have to traipse around the supermarket with lovely but reluctant kids, just as their parents have to. I all feels very normal, and I wouldn’t have it any other way. Being treated like one of the family, even by the kids, is one of the reasons I love to come here.

And there are more places where I can feel like this: in Viterbo, Italy, as Leonie also mentioned; in Namibia, where I lived for two years and have since visited often; and in Praia, Cabo Verde, where we spent so much time last year. In any of these places, I know where you can get a good pizza, find a cheap beer and can quickly get in touch with somebody there to enjoy them in good company.

So, I can visit so many places that are familiar, that have family, or at least a family feeling, that have good friends and, in many places, even a comfortable bed that I’ve slept in many times. And most of these places have all of those things.

And yet, I don’t call any of them home. None of them even feel like home, if I’m honest. And I’m happy with that. I love that there are so many places that are familiar, where I feel welcome, but more than that, I love getting to know new places, new people, becoming familiar with somewhere different. That’s more important to me than having a place I can call home, so much so that I don’t even want a home. Although, I will admit that I do enjoy feeling ‘at home’. Is that enough to call a place home? I don’t think so.

For this privilege – and I do realise that it is a great privilege to have so many good friends in so many beautiful places – I have to give up a few things. I still have a British passport, but after living for more than 15 years outside the UK, I am no longer eligible to vote there. I pay tax in the Netherlands, but I can only vote for local and European elections, I have no vote in national elections because I’m not a citizen.

That can be difficult, especially in 2014, during the referendum on Scottish independence, but I realise that’s the price I have to pay for the life I want to lead. For not having a home. Other than losing voting rights, I don’t really notice any other major disadvantages. So, now I wonder if I need a home. Do you need to have a place to call home, whether it’s where your heart or your hat is? Or is it enough to just feel at home somewhere, and feel very lucky if you can feel at home in lots of somewheres?