Home › Mind tricks › The good, the bad and the beer

The good, the bad and the beer

Back in Thailand, drinking a beer, is a good moment for me to reminisce about our trip to Cambodia. We had a great time, saw beautiful and interesting sights and enjoyed the various trips through the countryside. Just imagine, having the opportunity to visit the spectacular and impressive temples of Angkor (a Unesco world heritage site), and to float, drive and walk through the beautiful countryside Cambodia has to offer. 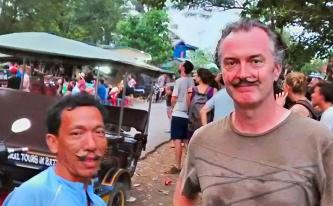 One highlight was in Battambang, where Thai, a tuktuk driver, took us to the temples outside town. He was the best, showed us how you can make a tune from a dried rice stalk, use water lilies to dress up for the disco and use the shells of a fruit to make a moustache. Full of energy, with a twinkle in his eyes, he drove us around, greeting everyone and taking us from shortcut to shortcut.

And of course, there were the late afternoon strolls, along the banks of the rivers in Phonm Phen and Battambang, watching the youth work out to pop music while older people walked up and down in their sports gear. And on a more serious note, the sites where we were confronted with the atrocities that took place in the period of Pol Pot. 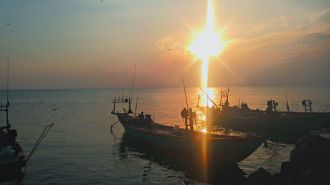 After two weeks of holiday, we found a perfect bungalow, not far from sea in the little town of Kep, to start working again. It was the kind of place where, even when working, we had the feeling of still being on holiday. A nice place to alternate between easing back into the working mood and enjoying long walks in afternoon through the national park or along the beach.

Sounds perfect, don’t you think. All the ingredients for a perfect and carefree journey, illustrated with pictures and quotes on Facebook. Nothing to complain about, no reason to moan. Especially because moaning might well sound spoiled, as if there was not enough to enjoy, and could mean we actually didn’t have a really good time.

And that makes it so difficult to mention that even though we really had a great time, we both also didn’t particularly like the country, and wouldn’t necessarily come back, nor advise anybody to spend much time there, other than visiting the temples around Siem Reap.

Like so often in life, there was that other side of the coin. The less positive and darker sites of the country. Such as the corruption (see my previous blog), the unmistakable and immense gap between rich and poor, the heaps of waste and plastic lying all over the country and the fact that a tourist seems mainly to considered as a walking ATM and always has to be on guard to avoid being ripped off. 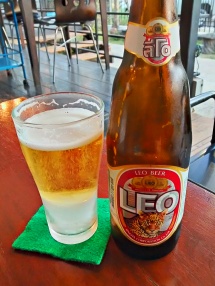 And of course the smaller disappointments, such as the food and the various pub streets all  looking the same and geared up for masses and masses of tourists. And finally, there was the beer, which didn’t only taste bad but also seemed to go through a second fermentation after drinking, during the night.

So now you might think we actually had a bad time and didn’t like the people we met. And that is also not true. Even though we were both not especially charmed by the country, we had a great time, saw many beautiful things and met some very friendly people. And we are also enjoying being back in Thailand, where they have better beer. Cheers, Leo, it’s great to be back.